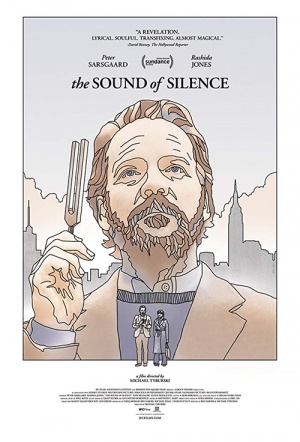 "Adapting their short film Palimpsest (Special Jury Prize, 2013 Sundance Film Festival), writer/director Michael Tyburski and writer/producer Ben Nabors have created an elegant, lyrical film marked by a subtle unfolding of story and a gentle approach to character, disquietude, and human connection. Peter is a mesmerizing figure. Mannered, meticulous, methodical, he’s shaken when the years he’s spent mapping New York’s natural harmonies come into question. The Sound of Silence is a serene contemplation of people living in their modern environment—and their desire to understand and even control it." (Sundance Film Festival)