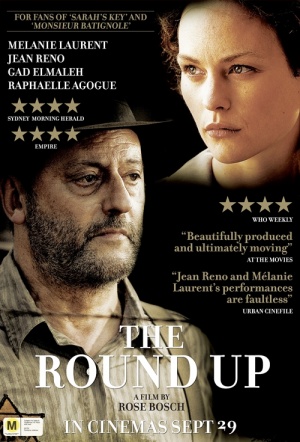 Jean Reno (Leon: The Professional) stars in this French holocaust drama that highlights the often overlooked involvement France had with the Nazi regime during its occupation.

"On 19 July 1942, 13,000 French Jews were rounded up by their own country’s police and locked inside a Paris velodrome – en route to Nazi concentration camps. 70 years later, French admission of such instrumental collaboration in the Holocaust has become a queasy cultural phenomenon (already familiar to anyone who has seen Sarah's Key). Rose Bosch’s elaborately staged The Round Up directly confronts the known events, dramatising scenes of official connivance alongside the unfolding experience of the baffled victims." (Source: NZ International Film Festival 2011)

Trailer
10%
want to see
See all