The Price of Success 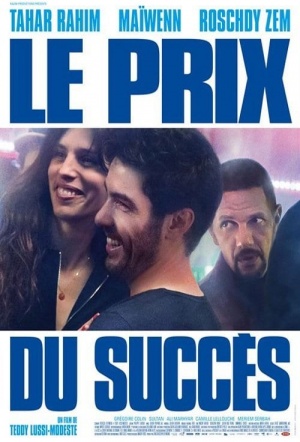 A comic's burgeoning fame is taking a toll on his personal life in this drama co-written by Rebecca Zlotowski (Planetarium).

"Brahim (Tahar Rahim) is France's hottest comic, selling out stand-up shows and fielding countless movie offers. His brother, Mourad (Roschdy Zem), is also his long-time manager. The two grew up poor in Paris' migrant suburbs but now, as the spotlight grows brighter on Brahim, it's getting harder to see Mourad standing off in the wings. And there's a crowd of new people around this charming young talent as well — showbiz people looking to cash in, and his girlfriend, Linda (acclaimed actor and director Maïwenn), an actor drawn to Brahim's creative spark. She'd rather not be part of the rich, white privilege she represents for him, but as Brahim crosses into the mainstream, he has to choose who stays and who goes." (Toronto International Film Festival)

The Price of Success / Reviews

Rahim remains a magnetic leading man, but original insights into fame, family and ethnic identity are few and far between.

A compelling if somewhat cliched look at the downside of fame.