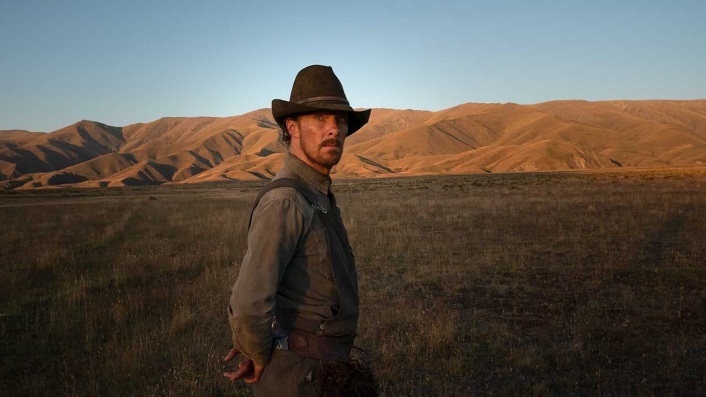 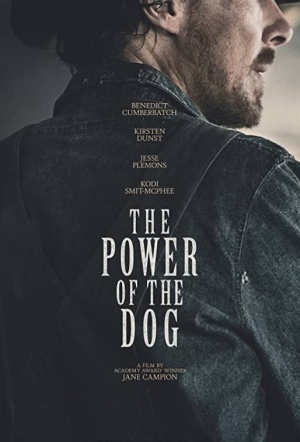 The year is 1925. The Burbank brothers (Cumberbatch & Plemons) are wealthy ranchers in Montana. At the Red Mill restaurant on their way to market, the brothers meet Rose (Dunst), the widowed proprietress, and her impressionable son Peter (Smit-McPhee). Phil (Cumberbatch) behaves so cruelly he drives them both to tears, reveling in their hurt and rousing his fellow cowhands to laughter - all except his brother George (Plemons), who comforts Rose then returns to marry her.

As Phil swings between fury and cunning, his taunting of Rose takes an eerie form - he hovers at the edges of her vision, whistling a tune she can no longer play. His mockery of her son is more overt, amplified by the cheering of Phil's cowhand disciples. Then Phil appears to take the boy under his wing. Is this latest gesture a softening that leaves Phil exposed, or a plot twisting further into menace?

Winner of the Silver Lion for Best Director at the 2021 Venice Film Festival.
2021127 minsUK
Drama

The Power of the Dog / Reviews

A slow-burn and a film of many, many layers.

Campion is in full control of her material, digging deep into the turbulent inner life of each of her characters with unerring subtlety.

A socially conscious psychodrama that builds, over time, to a full boil.

A beautifully crafted movie with some individual scenes that are some of the tensest I've experienced in some time.

The fascination of The Power of the Dog lies in its ambiguity and its depth of characterisation.

Campion doesn’t drive any message or meaning home so much as she deftly, unnervingly captures a mood...

Ripples underneath with a prickly modern sensibility.

Twenty minutes could certainly have been knocked off the runtime, but it’s still a striking world to be swept up in.

I thought it was impeccably crafted... gorgeously photographed and entirely -- although intentionally -- lacking in the verve and spontaneity that I cherish in movies above all else.

Campion builds the tension slowly and emphatically, telegraphing the perils ahead. Yet when the two-edged climax comes it’s powerfully unexpected.

This is a movie as big as the open sky, but one where human emotions are still distinctly visible, as fine and sharp as a blade of grass.

The young Smit-McPhee acts Cumberbatch off the screen.

The Power of the Dog / Trailers The Power of the Dog / News & Opinion

With an expert directorial hand and exquisite performances, it’s not difficult to see why this film is attracting awards speculation.