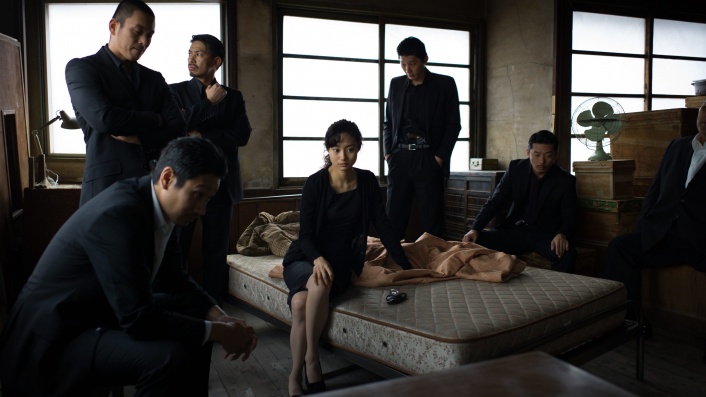 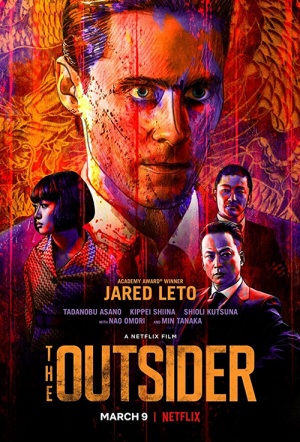 Oscar winner Jared Leto (Dallas Buyers Club) leads this post-WWII crime drama as an imprisoned American soldier who seeks to repay the Yakuza for setting him free. From the director of Oscar nominee Land of Mine.

It's an affectionate love letter to yakuza films, but The Outsider is a dull, cookie cutter movie that largely fails to deliver. Having Jared Leto in the lead isn't as bad as it may sound, despite him having the appearance of a thin model rather than a grizzled mob enforcer. Rather, the main problem with this stylised, violent tale of organised crime in post-WWII Japan is that it's something we've seen done better, countless times before.

Dull, flavourless, and fundamentally incurious, "The Outsider" is a clueless misfire, the cinematic equivalent of a study-abroad student showing off the kanji forearm tattoo whose meaning he never bothered to learn.

"The Outsider" is a slick copy of multiple, much-better films and TV series. It's so well-polished it's practically featureless.

Designed to offer Western audiences the opportunity to see a Caucasian movie star, and a heartthrob one at that, in an unusual genre setting, The Outsider rarely manages to rise above its audience-baiting concept.

A solid crime movie, elevated by a keen sense of place and some fine performances.

We aren’t aware of any way to watch The Outsider in Australia. If we’ve got that wrong, please contact us.