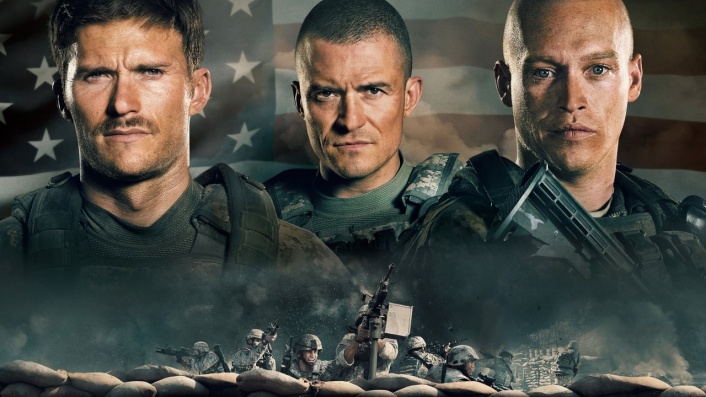 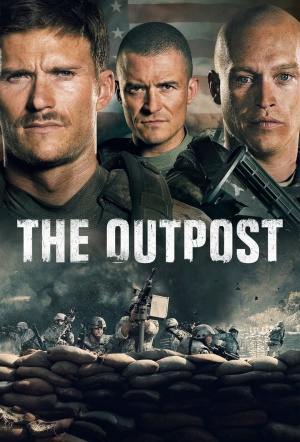 A small unit of American soldiers, alone at the remote Combat Outpost Keating, located deep in the mountains of Afghanistan, battles to defend against an overwhelming force of Taliban fighters in a coordinated attack. Stars Scott (son of Clint) Eastwood, Milo (son of Mel) Gisbon, and Orlando Bloom. Based on the book The Outpost: An Untold Story of American Valor from CNN reporter Jake Tapper.

The Battle of Kamdesh was the bloodiest American engagement of the Afghan War in 2009 and Bravo Troop 3-61 CAV became one of the most decorated units of the 19-year conflict.

The Outpost manages to be both harrowing and less than completely involving, a movie that can be admired for its visceral portrayal of war while leaving the characters underdeveloped.

While lacking the technical virtuosity of Sam Mendes' "1917," for example, the movie nevertheless does full justice to its stirring true-life tale of the 2009 Battle of Kamdesh — despite an obviously low budget.

The Outpost really is not a movie of wit or soaring inspirational speeches, but of no-holds-barred emotion. A story of young men in their 20s, with dreams and loved ones back home, who had the courage to risk it all for each other.

Another guns and glory war movie about young American soldiers having to shoot their way out of some rats nest they should never have been sent to in the first place, Rod Lurie’s The Outpost is a familiar but uncommonly visceral reminder of what it really means to “support the troops.”

While dozens of movies have sought to recreate the unimaginable horror of literally fighting your life, The Outpost connects more than most, thanks in large part to Lurie’s technical skill and a young cast that elevates what could have been overly familiar material. In particular, Scott Eastwood and Caleb Landry Jones do the best work of their respective careers.

Such a film may suffer from home viewing, and yet, The Outpost represents the most exhilarating new movie audiences have been offered since the shutdown began.

The Outpost gets it crucially right by bringing home the meaning of heroism as a collective action. The you-are-there ferocity of this sequence, brilliantly abetted by the prowling, handheld camerawork of Lorenzo Senatore, ranks with the best interpretations of combat on film. Your nerves will be shattered, guaranteed.