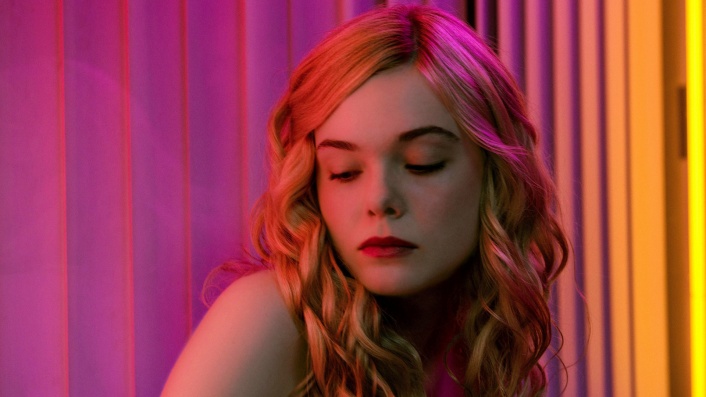 The price of beauty is hyper-vanity, deadly jealousy and a smattering of bright red cannibalism

There is something innately intriguing about the film title The Neon Demon (2016). Perhaps it’s the tension between neon brightness and evil darkness that draws us like moths to a flame or maybe it’s the imagined devil coming into the light. In any case, the imagery is perfect for what is a parody thriller-horror about the shining promises of the fashion industry and the dark dangers that lurk within for the innocent young. This is a grim tale about the worship of unattainable perfection and the belief that “true beauty is the highest currency we have”. The price of beauty in this film is hyper-vanity, deadly jealousy and a smattering of bright red cannibalism, all of which makes The Neon Demon an original addition to its genre.

The opening scenes compel the voyeurism that is lifeblood to the fashion industry: a reclining young model dripping with blood while flashbulbs immortalise her beauty into captivity. Sixteen year-old Jesse (Elle Fanning) has just arrived in Los Angeles and lied about her age to get into modelling. She stands out for her wide-eyed ‘deer in the headlight’ naivette and ephemeral other-worldly beauty and is immediately noticed by fashion industry exploiters and lesser mortals. With feigned innocence that disguises her inner narcissism, she is quickly preyed upon by human and other predators.

It’s pointless to describe specific incidences or plot twists as this mashup montage of horror, thriller, and melodrama is all about atmospheric metaphors. Several scenes are composed with pure artistry and Jesse is the artwork. Her friends turn out to be enemies and nobody in this industry cares for anyone except themselves. It is a world of pixels not principles, and everything is false image and silicon-pumped body parts to shame other women into buying empty promises. Again we are reminded “beauty isn’t the only thing: it’s everything”.

What makes this film so engaging is how Jesse seems to float angelic-like across such a brightly lit but ugly canvas. Different makeup styles depict her variously as a Grecian goddess or a metallic super-woman while those around her remain trapped in the ordinariness of their bodies and their lives. The mascara-thin values that drive the models are glorified with high-glamour photography, only to be revealed as a facade hiding a primitive blood-lust and taste for human body parts. Elle Fanning plays her part with softly-spoken understatement but overwhelming aesthetic presence. This is a clever film with several surprise turns that leave you guessing what will happen. Perfect viewing for anyone aspiring to be a model.
0 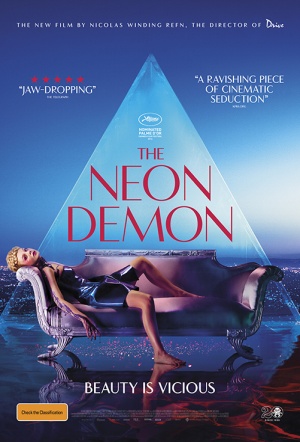