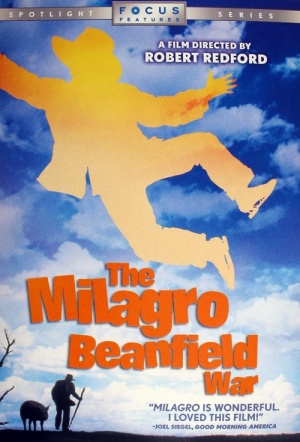 Milagro, New Mexico. Population 426. Nothing had changed here for 300 years. But there's something about this day... When a Chicano handyman from the Milagro Valley decides to irrigate his beanfield by 'borrowing' some water from a large, potentially destructive, development site, he unknowingly sets off a chain reaction that erupts into a humorous culture clash. When the developers try to stamp out the modest planting, the handyman's friends team up with the spirited 'rebel' to protect and preserve their way of life.