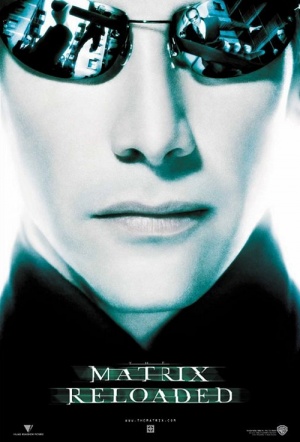 Having slowly freed a mass of humans from The Matrix, the Resistance in Zion grows. However, a swarm of sentinels begin to dig into the stronghold with the intention of wiping everyone out. With three days to prepare for war, Neo (Reeves), Morpheus (Fishburne) and Trinity (Moss) must find the Keymaker, who will lead them to the source.

The special effects alone cost $US 100 million (a huge amount in the early ‘00s), with the 'Neo vs. The Agent Smith army' segment alone taking 27 days to shoot.

It hasn't got that enigmatic feel, and the recondite philosophy of the Matrix, once so beautiful and strange, is now a tiny bit camp. But what a joy The Matrix Reloaded still is...

Simply not as satisfying as the original.

While upping the ante considerably in the action and effects department, storytelling stumbles frequently this outing as the movie stops cold for philosophical digressions about fate and destiny and reality.

An unqualified triumph for the many artisans who brought to life some of the most audacious and astonishing action sequences you are likely to see for a decade.