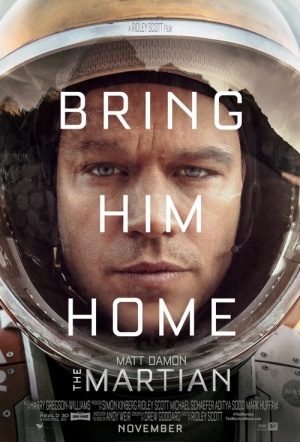 It’s not iconic sci-fi to match Alien or Blade Runner but it is a topical, supremely crafted, intelligent, heartfelt spectacle with gallows humour to die for.

Bringing optimism, nerd-itude and a touch of crazy to his character's solo ordeal, Damon is the key to the movie’s exuberance.

It’s a film about micromanaging, fixing things on the fly, and a lot of Ridley’s gruff, technocrat personality shines through.

A wide-eyed tribute to human ingenuity that packs enough snark to pull itself out of the black hole of earnestness, even if its fuel runs out partway through.

An uncustomarily cheery and upbeat film from Scott, a number of whose works range from the despairing to the nihilistic.

None of the stylistic elements serves to make for especially compelling viewing; it's overlong and occasionally irritating when it should be moving.

Anchored by another great turn from Matt Damon, The Martian mixes smarts, laughs, weird character bits and tension on a huge canvas.