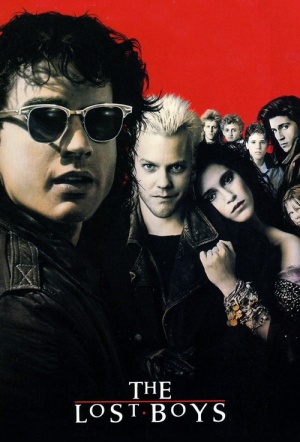 New arrival in California, Michael, quickly falls in with the town's bad kids – a bike-riding, Jim Morrison-worshipping gang of blood-sucking vampires. His younger son Sam and his buddies are the only ones who recognize the signs of vampirism in Michael, and they plot to battle the legions of the night before they take over the entire town.

The Lost Boys, in its artless way, asks us to consider that being for ever young isn’t a sweet Edwardian evocation of innocence, but a vision of pure hell, like vampirism