The Least of These: The Graham Staines Story 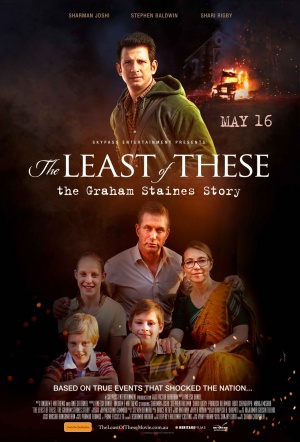 Stephen Baldwin is an Australian missionary who was alleged to be illegally proselytising while in India in this faith-based, true story drama.

The Least of These: The Graham Staines Story / Reviews

An awkward screenplay by Andrew Matthews offers little feel for the way things actually work in Odisha... and given the picture's overall stiffness, Daniel seems lucky to have recruited actors with some experience as his leads.