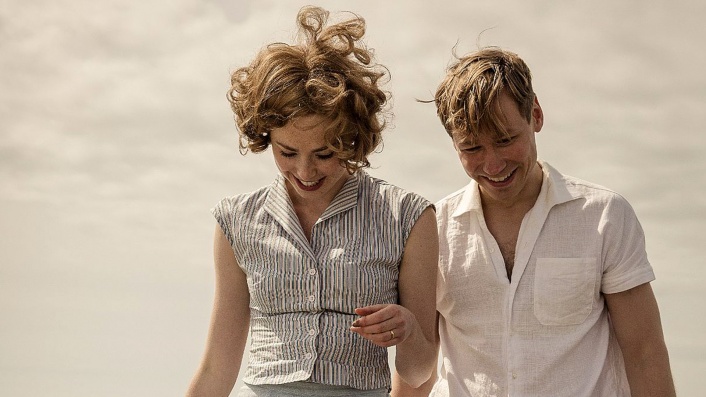 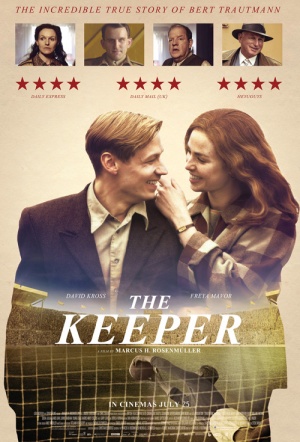 David Cross (Balloon) is Bernd Trautmann, the man who went from German WWII soldier to English football legend, in this heartfelt biopic.

"German soldier Bernd Trautmann is taken captive by the British towards the end of WWII. During a POW football match, the goalkeeper is noticed by Jack Friar, manager of an amateur club. Forced upon the team, Trautmann soon surprises on and off the field. Prejudice subsides, friendships start to develop and Trautmann loses his heart not only to football, but also to his manager’s daughter, Margaret (Freya Mavor, The Lady in the Car with Glasses and a Gun). Trautmann is overjoyed when he gets signed by Manchester City FC, but thousands take to the streets against the engagement of the ‘Nazi’. However, Trautmann does not give up and, finally, his path to acceptance begins. It peaks at the 1956 FA Cup Final when he secures victory for his team by playing on, despite a broken neck." (Berlin International Film Festival)

It's an old cliché about biopics that if the story wasn't true, you probably wouldn't believe it. Here, it's taken a step further: you know it's true and you still don't believe it.

The extraordinary true story of Burt Trautmann...gets a warm if corny retelling in Marcus H Rosenmüller's drama. The on-field action is decently handled, as is Trautmann's initial ostracism for his medal-winning deeds in the Second World War.

The Keeper's insistence on seeing the good in all its characters and giving them the happy ending they were probably denied in real life has its charms.

This is a heartfelt and sympathetic story.

For the most part, the film embraces its contradictions. As a parable about forgiveness, it's a fine example. As a portrait of the real Trautmann, some questions remain, hanging in the air like a ball on the way to the far corner of the net.

An excellent tribute to one of the most beloved "foreigners" ever to play the beautiful game in England.

Heartfelt and handsomely shot the subject matter makes for an enjoyable film – particularly if like me you had no idea a German POW became an English football hero so soon after the war.

A number of omissions skew the full story, but a charming and often enlightening watch all the same.