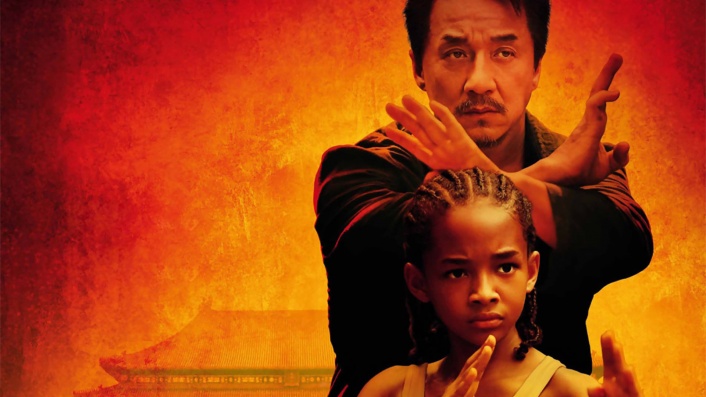 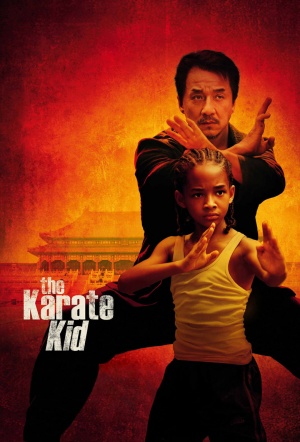 A re-make of the 1984 classic, this time starring Jaden 'Son of Will' Smith as the kid and Jackie Chan as the Mr Miyagi equivalent.

12-year-old Dre (Smith) could have been the most popular kid in Detroit, but his mother’s (Taraji P. Henson) latest career move has landed him in China. Dre immediately falls for his classmate Mei Ying - and the feeling is mutual. But, Dre’s feelings make an enemy of the class bully, Cheng. In the land of kung fu, Dre's battle skills are severly lacking and Cheng puts 'the karate kid' on the floor with ease. With no friends in a strange land, Dre turns to maintenance man Mr. Han (Jackie Chan), who is secretly a master of kung fu...

It's a sign of that pic's dramatic durability that "Kid" manages to be as absorbing as it is, despite its nearly 2½-hour running time.

Ultimately this Karate Kid just falls just a little short when compared to the original but thanks to the bond between the two, it's reasonable enough family entertainment.

Less a re-imagining of a popular franchise than a live-action cousin to Kung Fu Panda, this overlong but entertaining guilty pleasure thrives on the charisma of its two leads.

Is this Karate Kid as good as the original? No, although it is better than the sequels. But why bother with nostalgia? It’s probably good enough.

A kung fu kick of a film that hits more than it misses.

It's a measure of the times that the new version of The Karate Kid manages to be longer and bigger-budgeted than the original while having lesser impact.

Smith might be the focus, but while he’s got the charisma and the moves, it’s Chan who makes it punch above its weight. Nice scenery too.