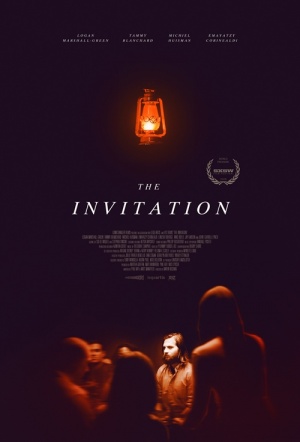 Thriller set in a secluded mansion sees a dinner party go awry, not least of all because it reunites a couple years after the death of their son. As the night goes on things become more and more mysterious.

"Will and Eden were once a loving couple. After a tragedy took their son, Eden disappeared. Two years later, out of the blue, she returns with a new husband... and as a different person, eerily changed and eager to reunite with her ex and those she left behind. Over the course of a dinner party in the house that was once his, the haunted Will is gripped by mounting evidence that Eden and her new friends have a mysterious and terrifying agenda. But can we trust Will's hold on reality? Or will he be the unwitting catalyst of the doom he senses?" (South by Southwest)