Ok so let me first say I love JLaw, I think she was amazing in a Winters Bone and her portrayal of Katniss in the first movie was pretty spot on( and yes I have read the books), BUT I have to say she was far from great in this movie, there were bits that her acting was so off the mark it wasn't funny, it was as if she was trying too hard. A perfect example of her overacting (yes I said it OVERACTING) was when she wakes up from a nightmare, the hyperventilating was just plain annoying!

In saying this I actually thought the movie wasn't as bad as a lot of people have said. I also didn't mind that they split the last book into two movies. There is quite a bit of information we would have missed had they decided to just make one movie. Overall I would say it is just above average. 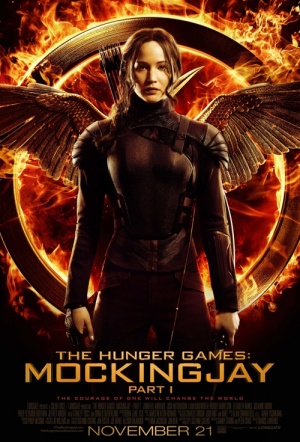