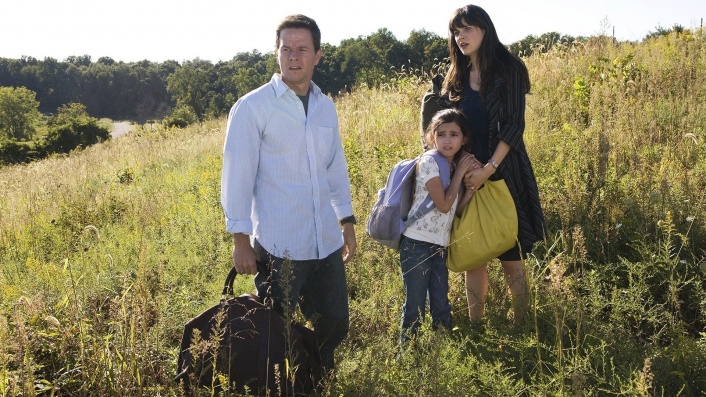 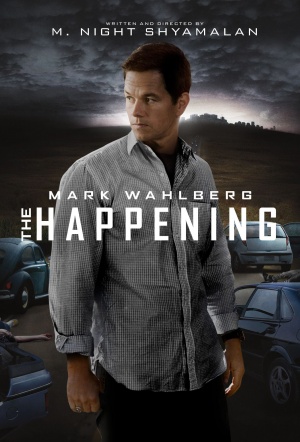 M. Night Shyamalan has bundled up a love for Hitcockian suspense, Spielberg family values and science fiction in creating an impressive number of mini-epics that have been both loved (Sixth Sense, Unbreakable) and maligned (Lady in the Water, The Village). Perhaps he's an acquired taste, but when on song there's no denying his skill in holding an audience and delivering suprises. The Happening is an apocalyptic thriller starring Mark Wahlberg, Zooey Deschanel and John Leguizamo.

The plot remains mysterious but involves some kind of mass plague threatening to take down humanity. In the trailer a character revealingly states, "there appears to be an event happening". The film is described as "a paranoid thriller about a family on the run from a natural crisis that presents a large-scale threat to humanity."
200891 minsUSA, India
DramaScience Fiction

In short, this is a Shyamalan movie minus the bravado, the swagger; there are no audacious attempts to pull out the rug from under the audience, no ham-fisted lessons about the importance of religious belief or the power of storytelling.

The movie seems more like a '50s science fiction film of extreme paranoia or an episode of "The Twilight Zone" that even at a swiftly paced 90 minutes feels padded.

The same tyro who wrote and directed The Sixth Sense before he was 30, then followed up that mighty success with the flawed but likeable Unbreakable, the promising but ultimately laughable Signs, the imponderably daft The Village and the flat-out deranged The Lady in the Water is back cluttering up the multiplex for a week or two with The Happening.