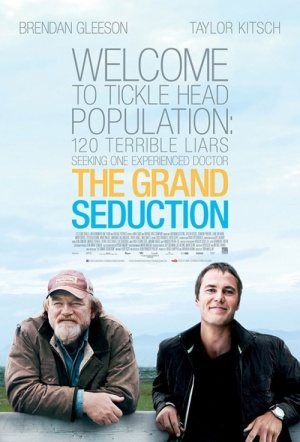 Brendan Gleeson leads this breezy, Canadian small-town comedy as the mayor of a fishing village in desperate need of jobs. The locals have a shot at securing a lucrative business contract, but to do so, they must sweet-talk/blatantly lie to an American doctor (Taylor Kitsch) into staying permanently during his one-month visit.