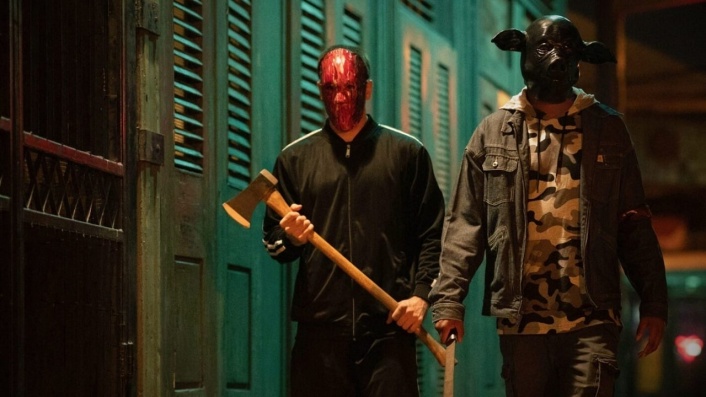 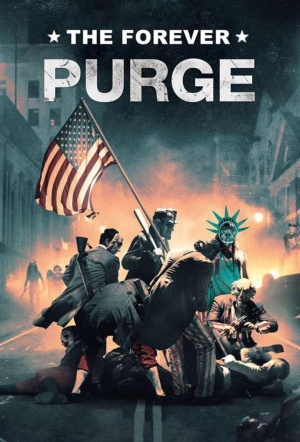 The fifth film in The Purge series follows a group of strangers who band together when rogue maniacs decide to make everyday Purge Day.

Adela and her husband Juan live in Texas, where Juan is working as a ranch hand for the wealthy Tucker family. Juan impresses the Tucker patriarch, Caleb, but that fuels the jealous anger of Caleb’s son, Dylan. On the morning after The Purge, a masked gang of killers attacks the Tucker family, including Dylan’s wife, and his sister, forcing both families to band together and fight back as the country spirals into chaos and the United States begins to disintegrate around them.