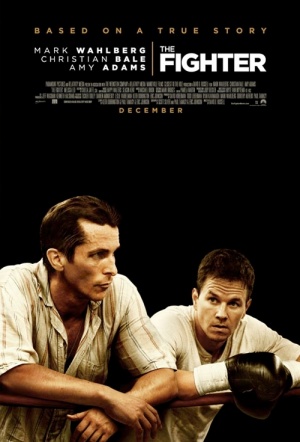 Follows working-class boxer "Irish" Micky Ward (Wahlberg) and his unlikely road to the World Light Welterweight title. Ward started off 14 and 0 in his professional career but, after a stretch of defeats in the early '90s, he quit. Three years later he returned with a vengeance, winning nine straight fights. His Rocky-like rise was shepherded by half-brother Dicky (Bale, in an Oscar and Golden Globe winning performance), a boxer-turned-trainer who rebounded in life after being KO'd by drugs and crime. Set and shot in Lowell, Massachusetts.

If The Fighter feels like kind of a mess, lurching from one scene to the next as if the film itself has taken a few hits to the head, that's not entirely a bad thing.

With solid bodywork, clever feints and tremendous heart, it scores at least a TKO, by which I mean both that it falls just short of overpowering greatness - I can't quite exclaim, "It's a knockout!" - and that the most impressive thing about it is technique.

So like much of this film, the viewer is turned into an observer. You never feel close enough to the action, either in the ring or in the kitchens, living rooms and tough streets where the story takes place. The characters engage you up to a point but never really pull you in.

The Fighter might tread the well-worn route of almost every sports movie before it, but two very different but equally powerful performances combine to deliver an exhilarating fight-flick that, like its scrappy central character, is impossible not to root for.