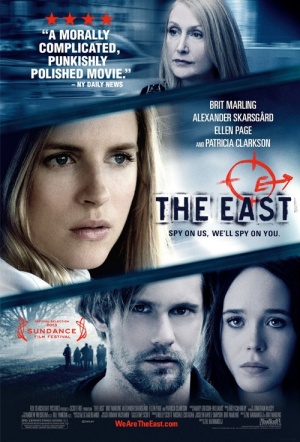 Sarah completes her first task with apparent ease, joining organisation The East. Once among them, she discovers the group’s agenda of punishing morally corrupt corporations to be in line with her own ethical compass, although she opposes their methods. While remaining distant from The East’s actions, Sarah gradually ingratiates herself with the group’s members, particularly with their leader Benji (Alexander Skarsgård), setting up a delicate conclusion that puts her loyalties under question.