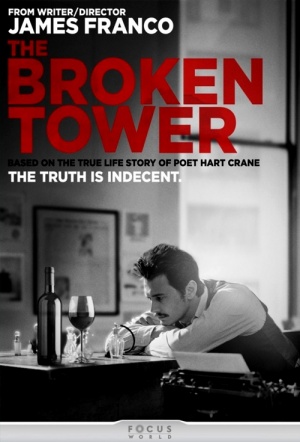 James Franco writes, directs and stars in this biopic on American poet Hart Crane, a tortured writer who committed suicide in 1932 at the age of 32 by jumping off a steamship. Also stars Michael Shannon (Revolutionary Road).

"A look at the brief, burning life of early 20th Century American poet Hart Crane (Franco). Shot in black and white, filled with Hart's visionary poetry, which married the ambitious sweep of Whitman to the wild stream-of-consciousness of Rimbaud, Franco's experimental biopic follows the rebellious, self-destructive poet from his early years as the son of a wealthy Cleveland businessman through his sojourns in New York, Cuba and Paris, documenting his dreams, his unapologetic love of men, his manic highs and depressive, death-haunted lows." (Los Angeles Film Festival 2011)