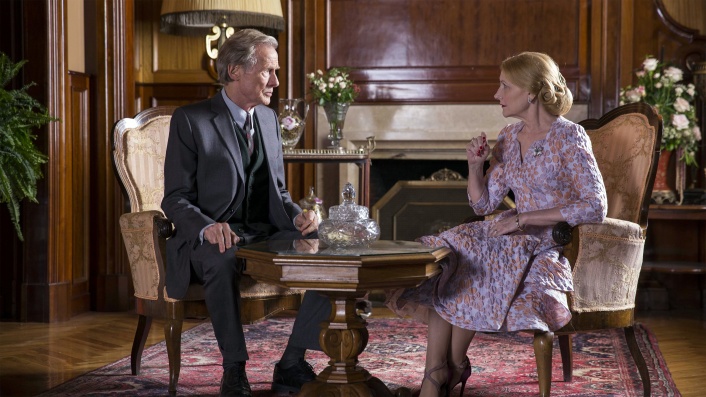 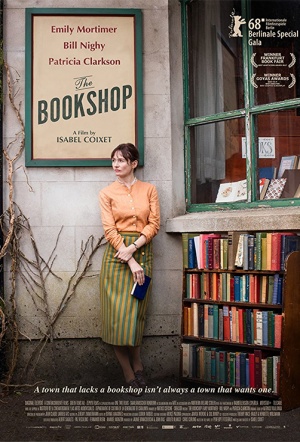 Emily Mortimer (The Party) stars in this small town drama as a woman who opens up a bookshop against stiff competition. For 1959 England, the move puts her in a politically prickly position. Written and directed by Isabel Coixet, co-starring Bill Nighy (Their Finest) and Patricia Clarkson (who led Coixet's Learning to Drive).

Sanish director Isabel Coixet (The Secret Life of Words and Learning to Drive) adapts Penelope Fitzgerald's novel with a great cast in a ho-hum film. It’s 1959 in the fictional English seaside town of Hardborough. Spirited widow Florence (a mischievous Emily Mortimer) turns a dilapidated old house into a bookshop. Despite the opposition of local shopkeepers, led by busy-body Mrs Gamart (brought to obnoxious life by Patricia Clarkson), the bookshop thrives.

A fine, sensitive leading turn from Emily Mortimer helps shore up these quiet, lightly dust-covered proceedings, but can't quite put "The Bookshop" in the black.

It doesn't help that the film is pulverised by wall-to-wall narration.

Coixet's script is a long way off perfect, but it's the least of her problems; the second least is the film's dirge of a score, but even that's a bummer.

A fine advertisement for its namesake. Buy the book and stay home.

Ironically, given the subject, the script is stilted, with actors often stuck on pause and not even the silver-tongued Nighy able to coax more than a laugh or two from his lines.

Its subversive undercurrent, embodied in fine performances by Emily Mortimer and Bill Nighy, is what makes it really interesting.

Not to put too fine a point on it, but it does get you in, and has subtle strengths which are not initially apparent. 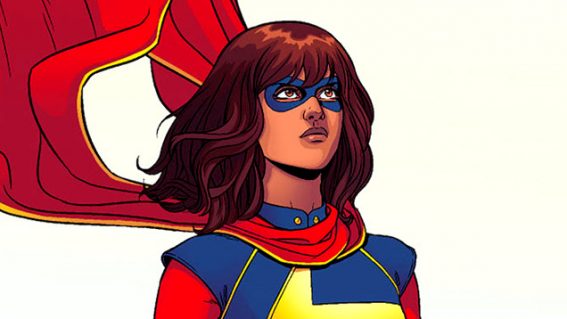 Marvel has confirmed plans for its first Muslim superhero movie

Marvel Studio has confirmed that it will bring the first ever Muslim superhero to the big screen. The superhero is Ms Marvel, AKA Kamala Khan, who made her first appearance in a Captain Marvel comic published in August 2013 then went solo in her series Ms. Marvel, which debuted in 2014. In an interview with […]

The Bookshop is available to stream in Australia now on Google Play and Apple TV and SBS On Demand and Beamafilm.