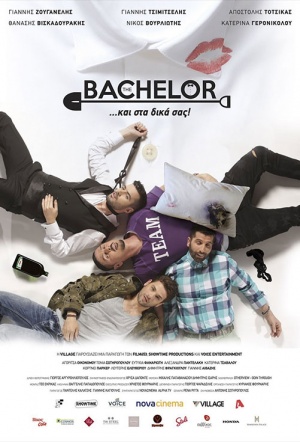 A Hellenic The Hangover that trades Vegas for Thessaloniki with four friends, a hearse and an explosive bachelor party.

"Daughter of Greece’s most renowned cardiac surgeon, Katerina (Katerina Geronikolou), is set to marry the love of her life, Antonis (Yannis Tsimtselis). The only problem: Antonis is a lowly undertaker and Katerina’s elitist father, Aristidis (Yannis Zouganelis), is hell-bent on the couple not making it to the altar. A surprise reunion between the groom and his childhood friends leads to a disastrous night on the streets of Thessaloniki before the wedding. Antonis waking up in the back of a hearse with his friends and an enraged future father-in-law is just the start of a series of misadventures that feature old flames, petty rivalries and misfortunes." (Greek Film Festival)