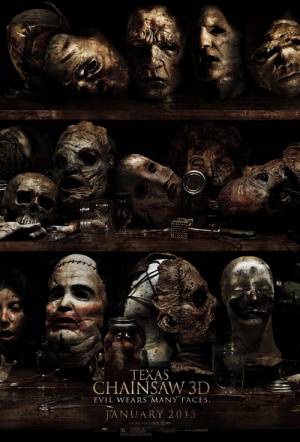 Leatherface is back in 3D, tormenting a new group of unsuspecting youths that travel to Texas to collect an inheritance. This is the seventh Texas Chainsaw Massacre movie and a sequel to the 1974 original, immediately picking up where it left off. Stars Alexandra Daddario (Hall Pass) and Scott Eastwood, son of screen legend Clint Eastwood.

This is intended as the first in a new series unconnected to the 2003 and 2006 films by Michael Bay's production company Platinum Dunes.