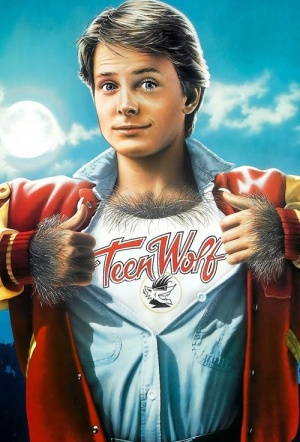 Straight after going 'back to the future', Michael J. Fox was Teen Wolf in this '80s comedy fantasy. Shy, bog-standard Scott discovers a werewolf family lineage and uses his new found power for popularity, girls and basketball. Amazingly, Teen Wolf would spawn a sequel (1987, with Jason Bateman taking Fox's role), an animated series (1986) and a live-action MTV series (2011 to 2014).

Lightweight item is innocuous and well-intentioned but terribly feeble, another example of a decent idea yielding the least imaginative results conceivable.

Apart from one not very ambitious transformation, the budget requires other boy-wolf-boy switches to happen off-screen.

The special effects aren't super, but the movie isn't important enough to damage the classic werewolf myth. No silver bullet is needed to dispatch this movie. It dies a natural death as one looks on.