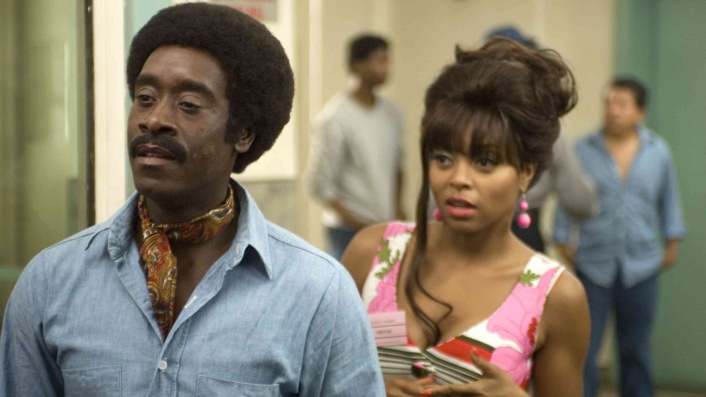 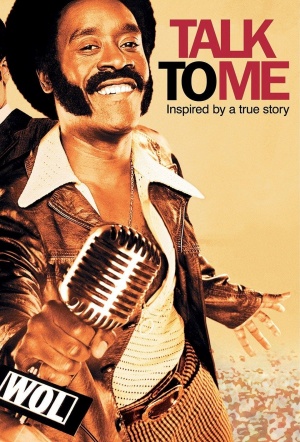 With the support of his tempestuous girlfriend, the smooth-talking Petey charms his way onto the airwaves, becoming an iconic radio personality, surpassing even the established popularity of his fellow disc jockeys, Nighthawk and Sunny Jim.

As Petey’s voice and humor captures the vitality of the era, listeners tune in to hear not only incredible music but also a man speaking directly to them about race and power in America like few people ever have.
2007118 minsUSA
DramaTrue Story & Biography

Talk To Me / Reviews

The more Petey is allowed to live and breathe as a '60s streetwise hustler who literally barges his way into a D.C. radio station, the better pic handles its various agendas. But as Petey becomes a symbol of black liberation, the movie turns obvious and parched.

The movie is decent enough, but contains Greene's story in a sentimentalised career arc.

Don Cheadle can do no wrong. And while Talk To Me is far from a great film, his performance is.

With its R&B soundtrack and footage of civil unrest, Talk to Me might seem to cover familiar ground. But as an intimate portrait of the complex, fruitful and extremely volatile friendship between trailblazing African American men whose daring came to redefine an industry, it's fresh and revelatory.

There’s terrific chemistry between the leads, but an episodic structure set over 20 years is too sprawling to really allow for a connection.

Nonetheless, with a stunning soul soundtrack and scathing one-liners, Talk to Me is well worth a watch, if only to compare how placid and scripted today's radio personalities have become.

A traditionally handsome biopic bursting with 1960s period detail and firecracker performances, Talk To Me tackles one of the most volatile periods in American history, but tragically finds nothing interesting to say about it.