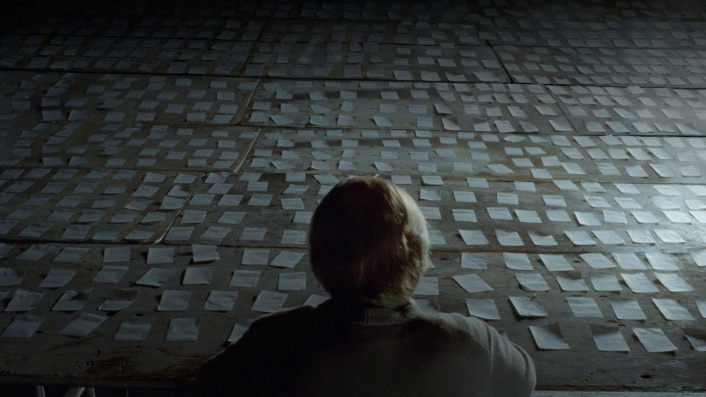 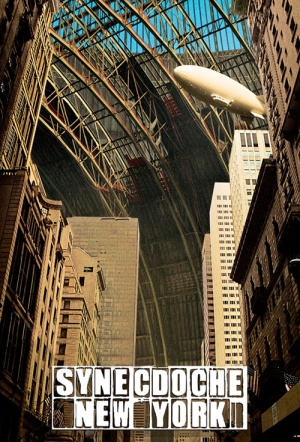 Maverick screenwriter Charlie Kaufman makes his directorial debut with this ambitious story of a man's struggle to comprehend his own existence.

Philip Seymour Hoffman plays Caden, a troubled theatre director who creates an alternative New York inside a warehouse, then finds out that his autonomic functions are failing one-by-one (his body loses the ability to react to threats). Also features a stacked female ensemble including Catherine Keener, Michelle Williams. Samantha Morton and Jennifer Jason Leigh as the various women in his rapidly imploding life.

FYI, 'Synecdoche' is defined as "a figure of speech in which a term denoting a part of something is used to refer to the whole thing, or a whole thing is used to refer to a part of it" . For example, one might say "I have a new set of wheels", meaning "I have a new car". Or, "use your head", meaning "use your brain". It's pronounced sih-neck-doh-kee.

No film with an ambition this large, and achievement this impressive, can be anything but exhilarating, a vital affirmation of the creative process.

To say that Charlie Kaufman's Synecdoche, New York is one of the best films of the year or even one closest to my heart is such a pathetic response to its soaring ambition that I might as well pack it in right now.

Philip Seymour Hoffman creates a mesmerizing portrait of the artist as a young, old and middle-aged man.

At turns as neurotic and nebbishy as any Woody Allen flick, as creepy and disorienting as your favorite "Twilight Zone" episode, and as steeped in magical realism as the most moving Márquez novel, Synecdoche may not be the feel-good date movie of the year. But for viewers up for the challenge, it may be the film most likely to stick with you.

Will mesmerize some and mystify others, while many will be bored silly. It's not a dream, Kaufman says, but it has a dreamlike quality, and those won over by its otherworldly jigsaw puzzle of duplicated characters, multiple environments and shifting time frames will dissect it endlessly.

It is a sprawling, ambitious and very long look at so many things, it's almost a miracle he was able to wrap it up in just two hours. And yet, for a film that is principally about death, the conclusion is surprisingly life-affirming, especially coming from Kaufman.