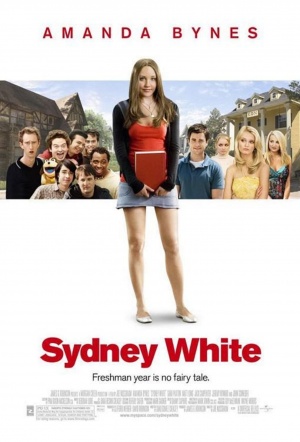 This is a teen comedy, a 'Snow White' for the, like, myspace generation. Only it's Sydney and the 'Seven Dorks', not dwarfs 'cos dwarfs are so gross. Sydney's new to college and wants to fill her late mums shoes by joining Kappa, her mums old sorority. But the Kappa sorority president, Rachel Witchburn, is a total bitch. And Sydney has got the hots hard for Rachel's ex, Matt, who is such a prince. Being real jealous about it, Rachel humiliates Sydney and kicks her out of Kappa. I, know! But Sydney, she's such a trooper and so uber nice to everyone, and so she joins up with these seven dorks. So Sydney helps the dorks be, like, less dorkish, and the dorks help Sydney hook up with Matt and get Rachel off her back.
2007108 minsUSA
Comedy

Result should satisfy Bynes fans looking for a pleasant, innocuous follow-up to her last vehicle.

Ms. Bynes, with her cherubic face, expressive eyes and comic timing, helps create a positive, pleasing diversion that caters to the geek in all of us.

Sydney White is a carnival of ethnic and social stereotypes that are rising up against the lily-white status quo. In Hollywood, blond princesses and fairy tales die hard.

Cute and cartoonish rule the day, and teens and tweens will be the film's chief audience.

What's the excuse for dumbing down Snow White to moron level? Are there really people out there who thought the original version just didn't have enough toilet jokes?