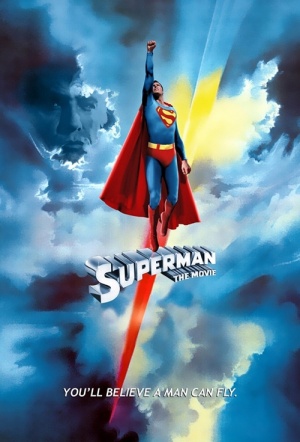 The original Superman movie, an origin story, directed by Richard Donner and starring Christopher Reeve as the Man of Steel. Traces the world’s most famous superhero from Krypton infancy and Smallville boyhood, to his career as Daily Planet reporter Clark Kent (Chrisopher Reeve) and incarnation as Superman. Margot Kidder is Lois Lane, Gene Hackman is nemesis Lex Luthor and Marlon Brando is Jor-El.

Intriguingly, a young Steven Spielberg was set to direct Superman – but producer Alexander Salkind ditched him when Jaws went over budget. Robert Redford, Paul Newman, Sylvester Stallone, Neil Diamond, Arnold Schwarzenegger, Jon Voight and Dustin Hoffman make up a frankly ridiculous list of actors considered for the role of Clark Kent/Superman, before it was given to the unknown Reeve.