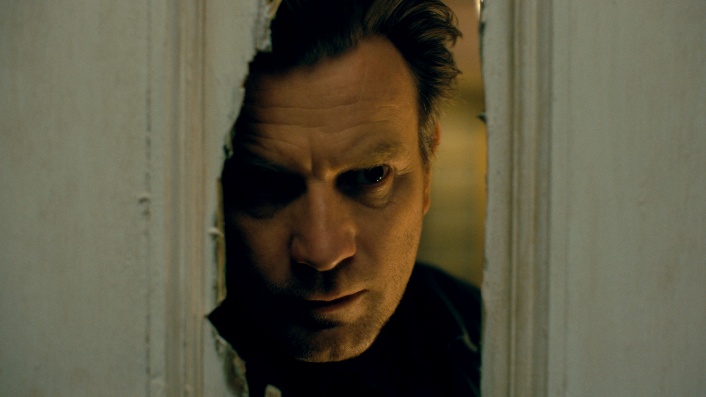 Famously loathed by Stephen King, Stanley Kubrick’s THE SHINING (1980) has become a genre classic; a masterpiece of unsettling art direction, labyrinthine architecture and a slow, chilling descent into madness.

So, how to tackle King’s 2013 sequel novel, DR SLEEP, without disappointing Kubrick fans or angering the author?

As a Kubrick nut, the result is a fanboy delight that’s pretty much like a full-length version of the only decent scene in Spielberg’s READY PLAYER ONE (2018), set in a virtual reality simulation of Kubrick’s Overlook Hotel.

Ewan McGregor plays Danny Torrence, all grown up 40-years on, and drowning his awful memories in booze.

McGregor lends the character a convincing depth, and Kiwi Cliff Curtis is great as his best friend and AA mentor.

Newcomer Kyliegh Curran plays Abra (as in “cadabra”, geddit?) a young teen with the same psychic "Shine" powers as Danny, in an impressive performance for one so young.

Rebecca Ferguson relishes her role as big bad Rose The Hat, from her natty mini-top hat to her penchant for feeding on the smoky souls of young kids.

It’s in these scenes of child suffering that DR SLEEP finds its horror, showing little by way of gore, but brutally suggestive of the pain and fear on which Rose and her villainous gang of demons feed.

The star of the movie though is THE SHINING, with so many call-backs, shout-outs, references, Easter Eggs, music cues and visual quotes that it kept me grinning ear-to-ear throughout its 151-minute runtime.

The greatest hits, nostalgia fuelled approach is great fun for film fans and Kubrick acolytes, but it’s a dangerous game, especially when invoking the original cast.

Sure, there’s a fun cameo by Danny Lloyd (who played the young Danny Torrence in Kubrick’s film), but the issue becomes an uncomfortable gamble when DR SLEEP tries to replicate original characters; especially the pretty much impossible to replace voice and face of Jack Nicholson.

Still, if you go with it and accept the film-makers’ choice to go with actors rather than heavy doses of CGI, it’s a cool way to integrate Kubrick and King’s approaches to the same tale, and deliver a sequel that’s interesting, entertaining, witty and inventive.

If you’re not familiar with Kubrick’s THE SHINING then you’ll be missing a lot, so I’d recommend you watch it first to fully enjoy what Flanagan’s attempting here.

Some of it works. Some of it serves only to distract and draw you out of the movie, because imitation may be flattering, but unless perfect, it just feels fake.

The quick cutting, lack of long-takes and lingering camera are at odds with Kubrick’s style, but are most likely designed to engage modern audiences in an overly-long exercise in fan-worship.

But those who dug documentary ROOM 237 (2012) will get kicks a-plenty out of Flanagan’s winks to all those conspiracy theories surrounding THE SHINING, from the history of how the US treated the Native Americans, to Kubrick faking the moon landings.

However, the uninitiated may find the action scenes unconvincing, the story unnecessarily long, and the violence (both implied and described) against children way too strong.

But for me, this nostalgic trip down Kubrick lane and King street had me grinning like a flesh-bereft skull, and way too forgiving of its inherent problems in combining Kubrick and King to admit anything other than I had a ball. 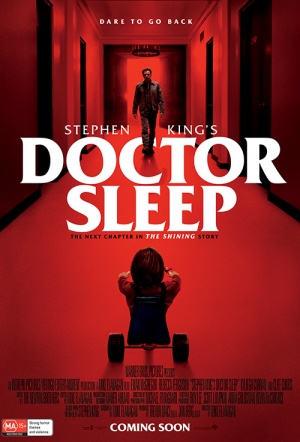 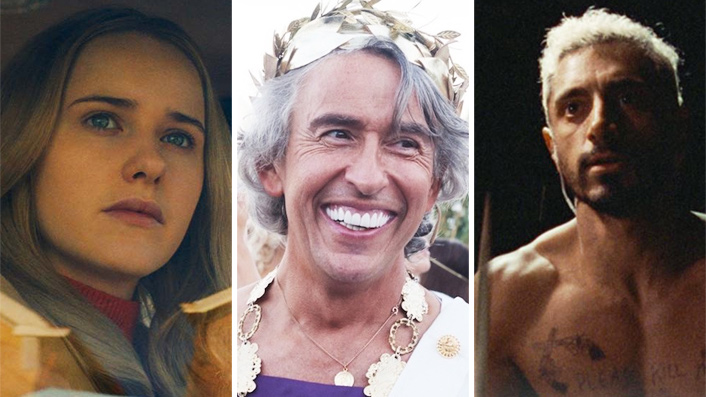