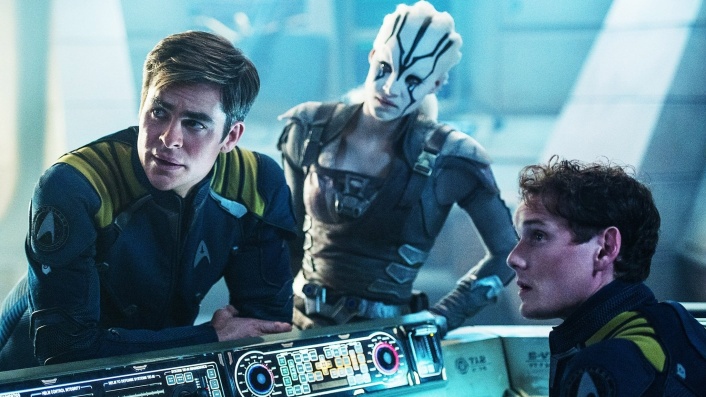 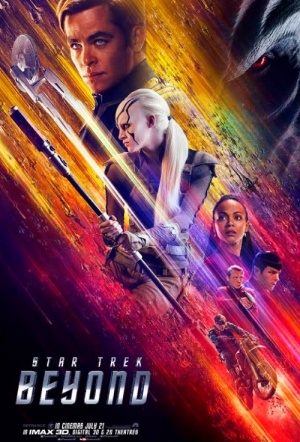 Halfway through their five-year mission to boldy go where no-one has gone before, the crew of the USS Enterprise is forced to abandon ship and battle for their survival on an unknown planet. Hidden inside a nebula, this is where Krall (Idris Elba) has been planning an audacious attack on the Federation. Simon Pegg wrote the screenplay alongside Doug Jung after the initial effort by Roberto Orci (at one point set to direct) was rejected for being "a little bit too Star Trek-y", according to Pegg.

It’s a sturdily built movie that gets the job done, and it’s got a likable retro vibe.

Powered by a spirited sense of adventure and a nice teamwork dynamic, it’s fun, but not essential, summer viewing.

This is all fun all the time, a dizzying carnival of wisecracks, fisticuffs, explosions, chases and truly eye-popping effects.

It is the inter-relationship of the Enterprise’s crew which is the real source of drama. An entertaining adventure.

Star Trek Beyond is exactly what a Star Trek movie only ever really needs to be – a great episode. No more, no less.

A highly entertaining entry guaranteed to give the franchise continuing life.

A return to fun, and a return to form for the new version of the old Trek.