Let's face it after Lady in the Water everything this once bubbly young auteur gave birth too came out of his ass. Finally, an almost return to form, I say almost because this film sits on the hauntingly beautiful over the top performance/s of James McAvoy. Every moment he is on the screen it is like an electric shock. The film is an M rated horror movie that succeeds in ramping up the tension as the film length whizzes by. The twist when it comes is not as annoyingly absurd as water or the creature was a guy in a costume the whole time. Rather the twist is unexpected and leaves the film open for a sequel which somehow is more palatable than his far fetch conclusions of yesteryear. The best thing I can say about this film is I want to watch it again and I cannot wait for the inevitable sequel - I would rather chew my own tongue than say this about Lady in the Water, the Happening or After Earth. 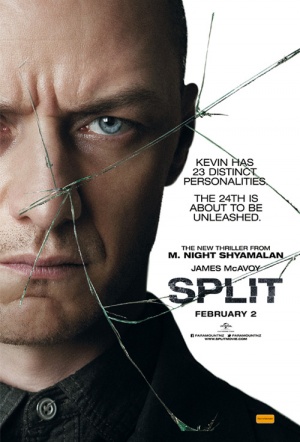