How do you screw up a movie with Venom in it? I mean, come on! That's just poor. Did he even get named Venom in the film?
The main actors in the film were fine for the most part but Grace was crap in his scene in the church breaking down and so was Franco in a few of his scenes... in fact, the main actors weren't fine for the most part, the were pretty poor excluding Dunst.
The News anchor and reporter were both crap.
The two kids who said "Awesome" and "Wicked-cool" were crap.
Worst Stan Lee cameo ever.
They're still not getting skin tone or skin texture right in their CGI.
The black suit looked awful in CGI.
The pacing of the film was terrible.
Not enough attention payed to establishing Venom character.
Peter Parker + Symbiote = EMO?
Sandman story was weak, especially how it was "resolved".
The music in the film was actually pretty rubbish.
...

I could rant on but I'll just say that the first two films were fun to watch... this one isn't. 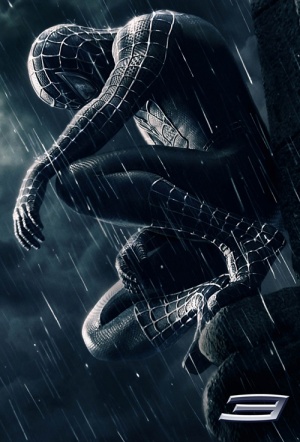