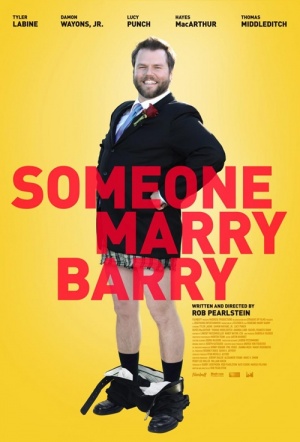 Tyler Labine (Tucker & Dale vs. Evil) stars in this romantic comedy as the socially inappropriate Barry. In an effort to rid themselves of his company, his three married mates look to get him hitched too. But things only get worse when Barry’s new girlfriend turns out to be just as profane. This marks the feature debut for writer-director Rob Pearlstein, whose 2004 short film Our Time is Up was nominated for an Academy Award.

There's nothing sophisticated or groundbreaking here, but the movie is a moderately good entry in the bro-grows-up genre.

The way the film hews to tiresome conventions is itself a buzzkill, but worse is its sheer lack of energy.