Someday This Pain Will Be Useful to You 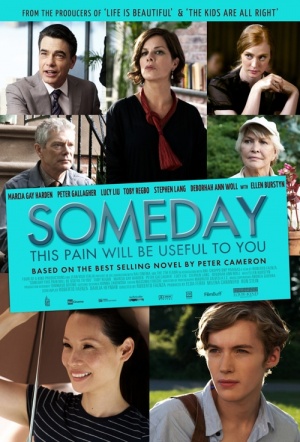 James (Regbo) has a deep appreciation for the world yet has no idea how to live in it. Living in New York City, the child of divorced parents (Harden and Gallagher) who may be better served examining their own lives, James rejects all the assumptions that govern the adult world, including the expectation that he will go to college. Forced by his parents into therapy sessions with a life coach (Liu), James grapples with his future, his sexuality, and his screwed up family - including his 23-year-old memoir-writing sister (Deborah Ann Woll).