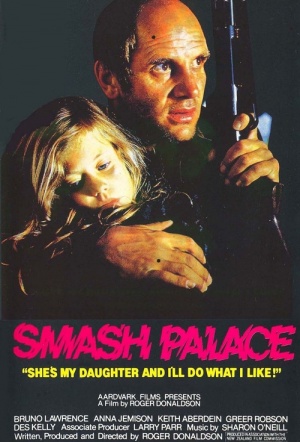 Kiwi filmmaking great Roger Donaldson (The World’s Fastest Indian) made his feature debut with this classic 1981 New Zealand drama, starring Bruno Lawrence (The Quiet Earth) as a scrap heap owner deep in an act of domestic disturbance. Considered by NZ On Screen as one of the Top 10 NZ features of all time.

Al Shaw (Lawrence) devotes most of his time to cars, motor racing and his junkyard – the Smash Palace. Starved for attention and affection, his wife Jacqui finds it in the arms of another man. But when Al catches wind of the adultery, he snatches his daughter and flees to the bushes, clinging onto his only semblance of a family.