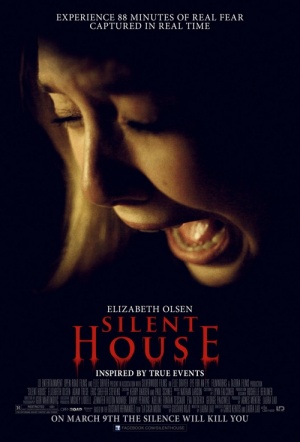 American remake of the 2010 cult Spanish horror, following a young woman (Elizabeth Olsen, the third and youngest Olsen, last seen in Martha Marcy May Marlene) who is trapped and tormented inside her family’s lakeside retreat.

The film is shot in real time as one seamless take, just like the original, and is based on a true story that happened in the 1940s in a small Uruguayan village.