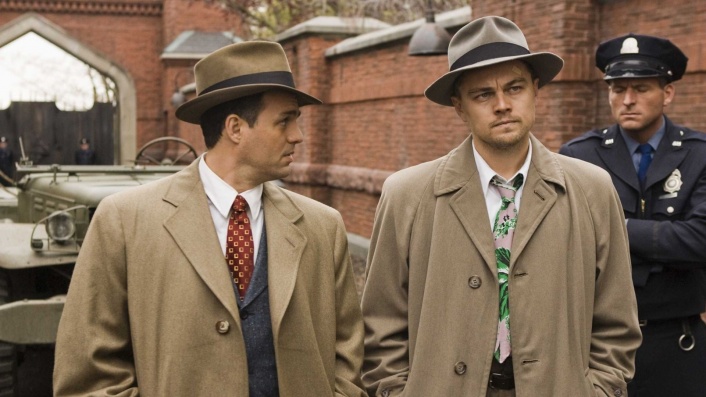 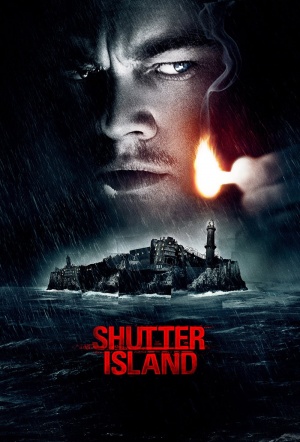 Filmmaking giant Martin Scorsese's psychological thriller is set in 1954 at Ashecliffe Hospital for the criminally insane on Boston's Shutter Island.

Detectives Teddy Daniels (Leonardo DiCaprio) and Chuck Aule (Mark Ruffalo) are investigating the mysterious disappearance of one of the patients - a murderess. Doctors refuse them access to records and the detectives start to believe illegal and sinister treatments are being undertaken. As a violent hurricane closes in on the isolated asylum and communication is cut off with the mainland, more criminals disappear, the clues multiply and Teddy begins to doubt everything - his memory, his partner and even his sanity.

This is the fourth Scorsese and DiCaprio collaboration (after Gangs of New York, The Aviator and The Departed).

Even when it's clear Scorsese has decided to employ fakery and allow it to be obvious, it's done with elegance and beauty.

Mr. Scorsese in effect forces you to study the threads on the rug he is preparing, with lugubrious deliberateness, to pull out from under you. As the final revelations approach, the stakes diminish precipitously, and the sense that the whole movie has been a strained and pointless contrivance starts to take hold.

DiCaprio, in his most haunting and emotionally complex performance yet, is the vessel Scorsese uses to lead us through the film’s laby­rinth.

The film's primary effect is on the senses. Everything is brought together into a disturbing foreshadow of dreadful secrets.

He movie certainly keeps you in its grip from the opening scene: It's a nerve-twisting, tension-jammed exercise in pure paranoia and possibly Scorsese's most commercial film yet.