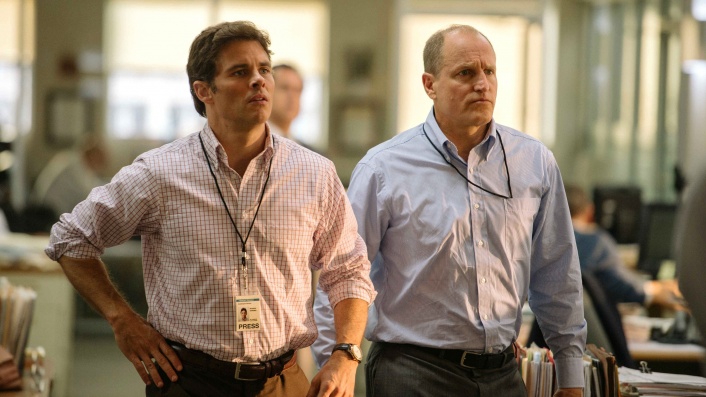 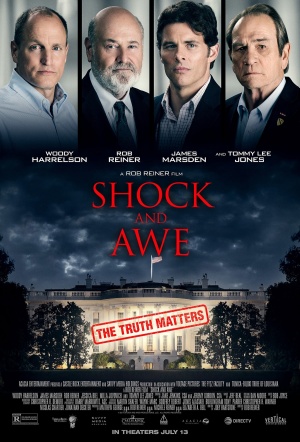 "Immediately after 9/11, the US government under George W. Bush, began maneuvering and mobilising for an invasion of Iraq. Without any firm evidence, a campaign was launched that took over almost the entire American media machine. However, four fearless reporters from the press agency Knight Ridder refused to jump on the propaganda bandwagon. Raising questions that nobody else dared to ask, they reported on the dubious basis for the war plans. Under immense pressure they maintained their integrity – even in the face of bitter scorn and hate." (Zurich Film Festival)

The problem isn't Reiner taking dramatic liberties with the facts, it's that his toolbox for doing so hasn't changed since the mid-'90s.

It... captures an aspect of journalism not often portrayed: the fear of being wrong when the conclusions of your reporting break from those of your competitors.

Too prone to the use of heavy-handed clichés to register on the prestige awards circuit, this is a film which fails to capture the nervy energy of the news room ...

At its best, Shock and Awe still feels like it strains to be Spotlight-lite and comes up lacking. The title is a misnomer.

If this swift, entertaining film, set during the post-9/11 run-up to the Iraq war, brashly leans left, it has history on its side as well as, it seems, the interests of our soldiers.

The message tends to melt into a paint-by-numbers screenplay that pushes too many genre buttons to be thoroughly exciting.