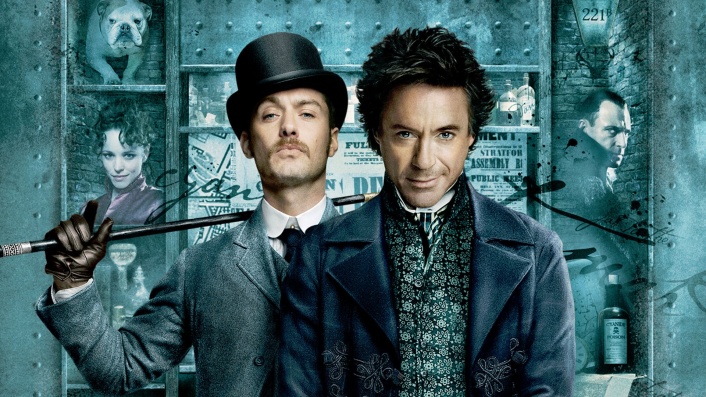 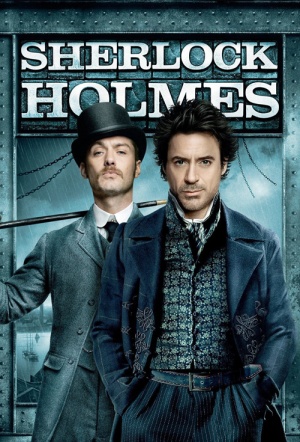 Guy Ritchie (Lock Stock & Two Smoking Barrels, Snatch) brings some grit and darkness to the London-based super-sleuth's legend, with Robert Downey Jr taking the lead role and Jude Law as sidekick Dr Watson. The clue-sniffing twosome take on a fiendish nemesis, with Holmes getting the chance to show off his boxing and fencing skills along the way. Ritchie says he hopes his take on Holmes will be more true to Sir Arthur Conan Doyle's source material than previous slightly camp incarnations.

Ritchie has never worked on a scale anything approaching this before and, while some of the directorial affectations are distracting, he keeps the action humming.

Ritchie’s Sherlock Holmes is a riot. The director takes on a British institution with a swagger and a wink and the result is boisterous and unabashed fun.

Ritchie is all about the whooshing and headbanging, leaving no space between Holmes' words to savor their meaning. Downey is irresistible. The movie, not so much.

Great cast, plenty going on, and I do love a bit of Guy Ritchie. So I suspect I may have to blame a script that was just trying to be a little too clever for its own good.

Sherlock Holmes goes wrong in many ways except for one -- at the boxoffice.

A fun, action-packed reintroduction to Conan Doyle's classic characters. Part Two should provide more in the way of scope.