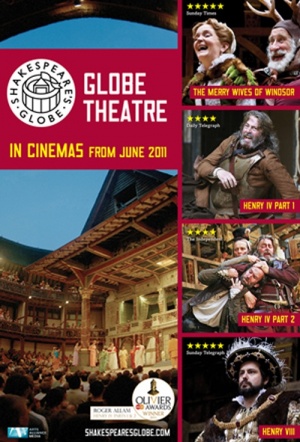 Part of a series of four filmed Shakespeare stage productions, captured live in 2010 at the Globe Theatre in London.

"Featuring an Olivier Award winning performance from Roger Allam as Falstaff alongside Jamie Parker as Prince Hal, the two parts of Henry IV are widely considered to be Shakespeare’s masterpieces. Part 1 combines compelling power politics with the hilarious antics of Falstaff – Shakespeare’s greatest comic creation – with part 2 including some of the greatest dramatic moments in Shakespeare’s writing. These two plays mark a turning point in Shakespeare’s career, revealing new depths of storytelling and realism, and portraying a glorious, epic landscape of Britain." (Shakespeare's Globe)