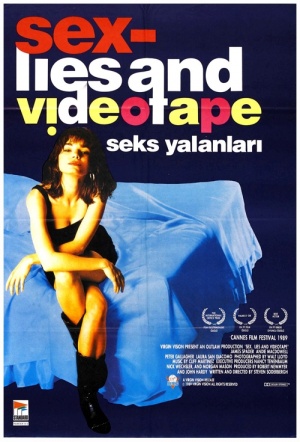 The Palme d'Or-winning debut feature from Steven Soderbergh. Graham (Spader, who won Best Actor at Cannes) is a long-lost college friend who drifts back into town and into the lives of John (Peter Gallagher), a self-involved philanderer, his angelic wife, Ann (Andie MacDowell), and her saucy sister, Cynthia (Laura San Giacomo). One by one, each is drawn into the very personal project Graham is working on, leaving the relationships between them forever transformed...