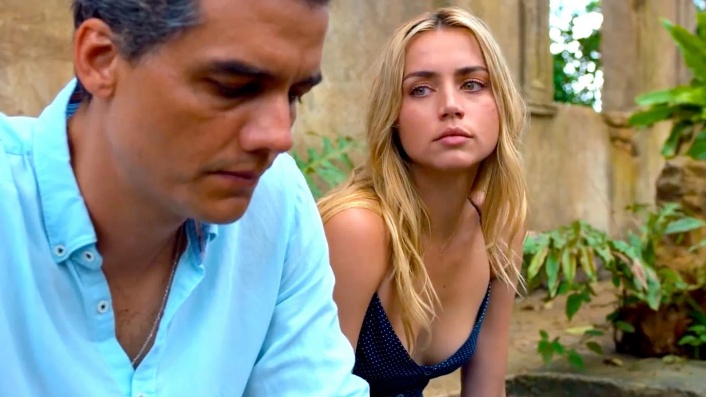 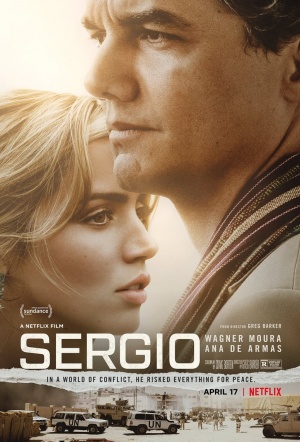 "Brazilian United Nations diplomat Sergio Vieira de Mello has an extensive resume: assistant high commissioner for refugees, special representative of the secretary-general in Kosovo, transitional administrator in East Timor. It’s 2003 and his latest role as high commissioner for human rights sees him traveling to Iraq to lead peace efforts under President George W. Bush. As he tries to balance heightening tensions on the ground with his desire to spend more time with his partner, Carolina Larriera, the unexpected and tragic happens, forcing Sergio to reflect on his 34 years of service to the UN and, more importantly, on the woman he loves." (Sundance Film Festival)

In its unnecessary length and sentimental emphasis on the man's romantic life, "Sergio" more often, intentionally and otherwise, evokes the "interminable chain of longing" of the poem's celebrated last line.

An engrossing picture even for those who know next to nothing about its subject or settings.

Sergio's intentions are pure, and the movie is pleasingly old-school in the way it merges political drama-and tragedy-with romance.

This portrait of a U.N. peacemaker as a real-life lover and superhero earns points for Wagner Moura's mesmeric portrayal even when it feels too good to be true. Still, in these dark days, advocating for hope and idealism feels exactly right.

In Barker's second attempt to celebrate the life of Sérgio, it's the heart that wins out in the end.

Sergio, a Netflix docudrama directed by Greg Barker from a banal screenplay by Craig Borten, catches flashes of his brilliance from time to time but scatters and dims them through a mosaic structure that's ultimately no structure at all.