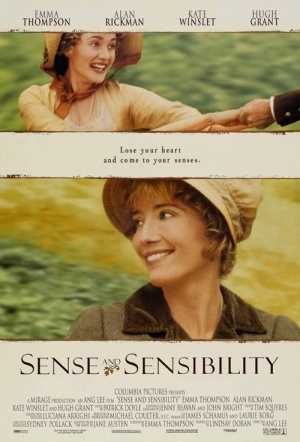 Director Ang Lee's BAFTA and Oscar-winning adaptation of Jane Austen's 1811 romantic novel. Emma Thompson (also the film's screenwriter) and Kate Winslet are the Dashwood sisters, sensible Elinor and passionate Marianne, whose chances of marriage appear doomed after their family's sudden loss of fortune. Hugh Grant, Alan Rickman and Greg Wise are their well-intentioned suitors trapped between desire and the strict rules of society.