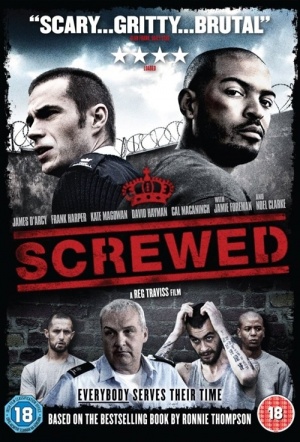 British prison thriller, based on the tell-all memoir by Ronnie Thompson, about a former soldier who takes a job at one of Her Majesty's most dangerous jails. As he learns the ropes, he becomes embroiled in the corrupt prison culture - drug trafficking, officially sanctioned criminality among prisoners and cynical, careerist management.

A thriller which begins promisingly before descending into a slough of old lag clichés.

A thriller which begins promisingly before descending into a slough of old lag clichés.

Everything is too extreme. But there's a core of honesty here.

D'Arcy and Harper excel and there's the odd punch packed, but otherwise it's an identity parade of prison clichés you've seen a thousand times.