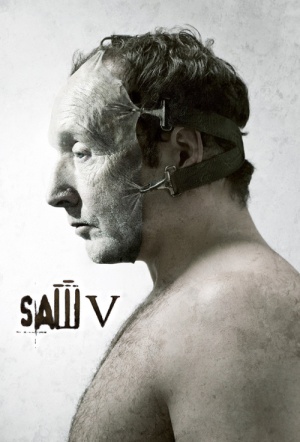 The sadistic torture games are back and the film's creators won't be deviating much from the blueprint that has made the concept such a success in previous incarnations. Jigsaw is dead, but there are loose ends to be tied up by FBI profilers and forensic detectives. Unfortunately one of them ends up abducted and there is only ninety minutes to prevent yet another grisly demise.

Production Designer for versions 2 through 4, David Hackl, is promoted to the director's chair in a move that is rumoured to be an attempt to appease personal problems between returning cast members and previous director Darren Bousman, so Dr. Gordon will be back. Publicity interviews suggest it will also be revealed what was in both the glass box and the envelope. This will not be the last of the Saw series, the sixth instalment has already gone into pre-production.

Skips back and forth in time, trying to piece together who did what, when and why. The only question really worth asking here: Who cares?

This year's installment is as disappointing as a Halloween bag filled with nothing but raisins.

A particularly dull and discombobulated affair, shot and acted with all the flair of a basic-cable procedural. Patterson and Mandylor are so wooden that their cat-and-mouse game has all the excitement of watching dust bunnies swirl in an air current.

Though it makes good use of a Poe-esque pendulum in the opening scene, this is a somewhat ho-hum franchise extension.