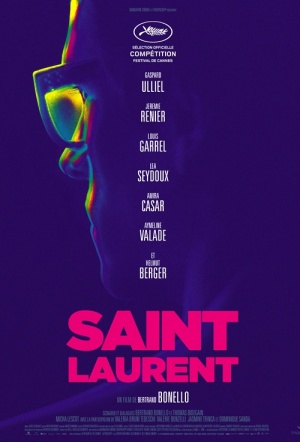 French biopic on fashion designer Yves Saint Laurent, focusing on the years 1967 to 1976 during which he was at his creative peak.

Gaspard Ulliel (The Vintner's Luck) plays Saint Laurent, who in the late 60s introduced French fashion's first prêt-à-porter line. Having been earlier fired by Dior, this was just one of the many influential moments he enjoyed at the helm of his own fashion house Yves Saint Laurent YSL, founded with romantic partner Pierre Bergé (Jérémie Renier). Over the course of this film's decade-long scope, Saint Laurent enjoyed huge success and excess alike, relishing being part of the jetset, clubbing worldwide, and diving headlong into booze and cocaine.

Reflects more of the designer's tortured creative drive in its dark onyx surfaces; it's the slightly deranged auteur portrait that a fellow artist and iconoclast deserves.

The movie's best moments have a shivery eroticism and a trancelike intensity.

As macho and phallus-worshipping as any Schwarzenegger action movie.