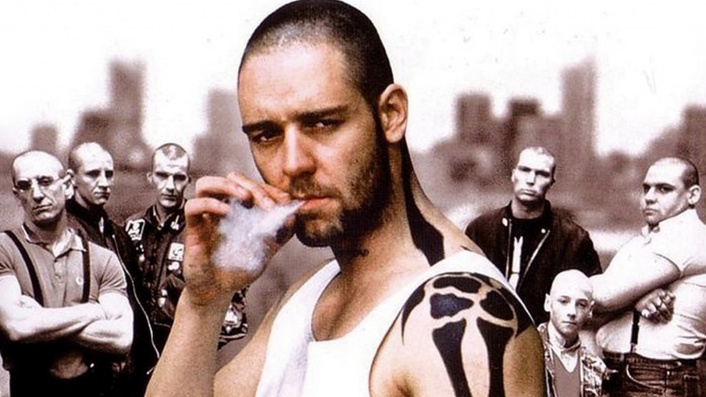 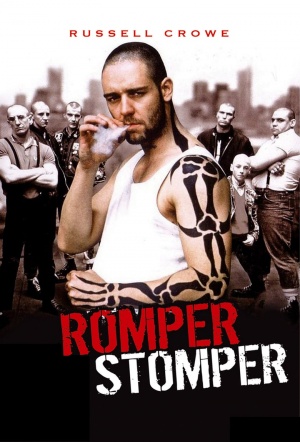 Before his rise to Hollywood and Oscar-winning glory, Russell Crowe led this 1992 Australian crime drama as a Nazi skinhead threatened by his changing neighbourhood.

Confronted by the lack of "racial purity," Hando (Crowe) and his group of Melbourne white supremicists unload their fury on two young Vietnamese men who purchased their local pub. But their act of violence is met in kind as the Vietnamese hit back with greater force. On the run, a woman offers to help Hando and his gang, though her battle with epilepsy could prove to be a sign of impurity.

Fellow Aussie screen legend Ben Mendelsohn was originally considered for the role of Hando until writer-director Geoffrey Wright felt he didn't look as threatening as Crowe did with a shaved head.

Pic is well acted and directed with a certain slickness.

Wright does succeed, however, in portraying the intense, sadly delusional quality of these disenfranchised, under-educated youth. But "Romper Stomper" doesn't rise high enough above -- or outside of -- its subject to merit more than minimal appreciation.

Beneath its CLOCKWORK ORANGE trappings, ROMPER STOMPER is a fairly routine melodrama about young people at the crossroads that has as much in common with REBEL WITHOUT A CAUSE as it does with Stanley Kubrick's ultra-violent political allegory.

A critical minefield on its 1993 debut - tabloid brouhaha upped the publicity - this savage portrayal of suburban racism is as prescient upon viewing today as it was then.

This Aussie Reservoir Dogs opens up a brutal world that needs to be understood.

A young Russell Crowe is spellbinding in this ugly but unforgettable film that remains hard-hitting and shockingly violent more than two decades on.