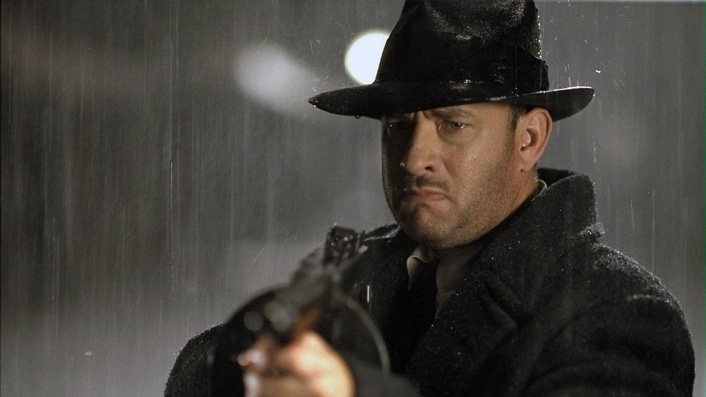 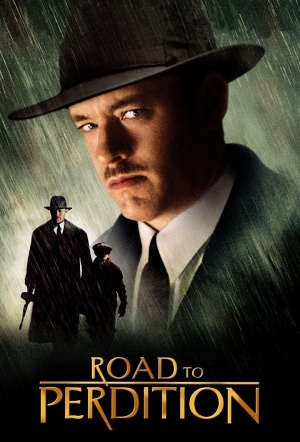 Tom Hanks is a hit man attempting to escape his violent profession for the safety of his son in this crime thriller set in 1931. Directed by Sam Mendes (1917), adapting Max Allan Collins and Richard Piers Rayner's graphic novel. Winner of Best Cinematography at the 2003 Academy Awards.

Mike Sullivan (Hanks) works as a hit man for crime boss John Rooney (Paul Newman). Sullivan views Rooney as a father figure, however after his son is witness to a killing, Mike Sullivan finds himself on the run in attempt to save the life of his son and at the same time looking for revenge on those who wronged him.

Contains more than enough brilliance to confirm that American Beauty wasn't a flash in the pan.

After I saw "Road to Perdition," I knew I admired it, but I didn't know if I liked it. I am still not sure.

So is Perdition still a must-see? No question.